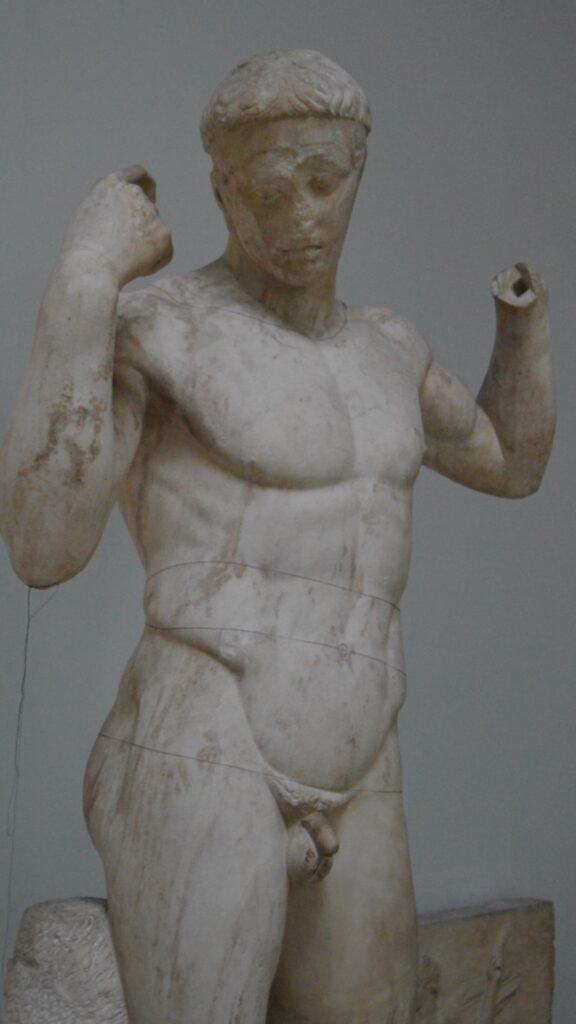 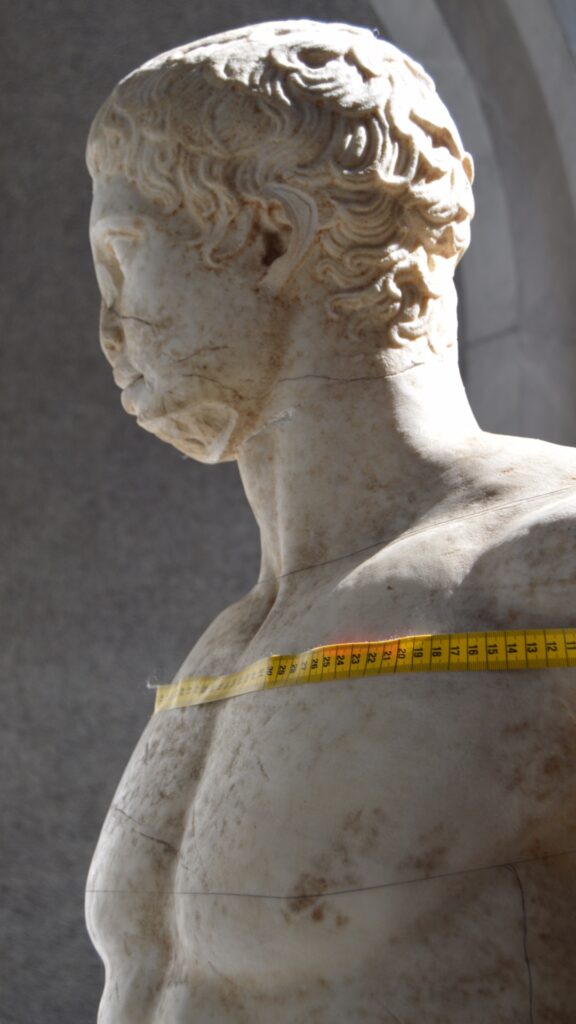 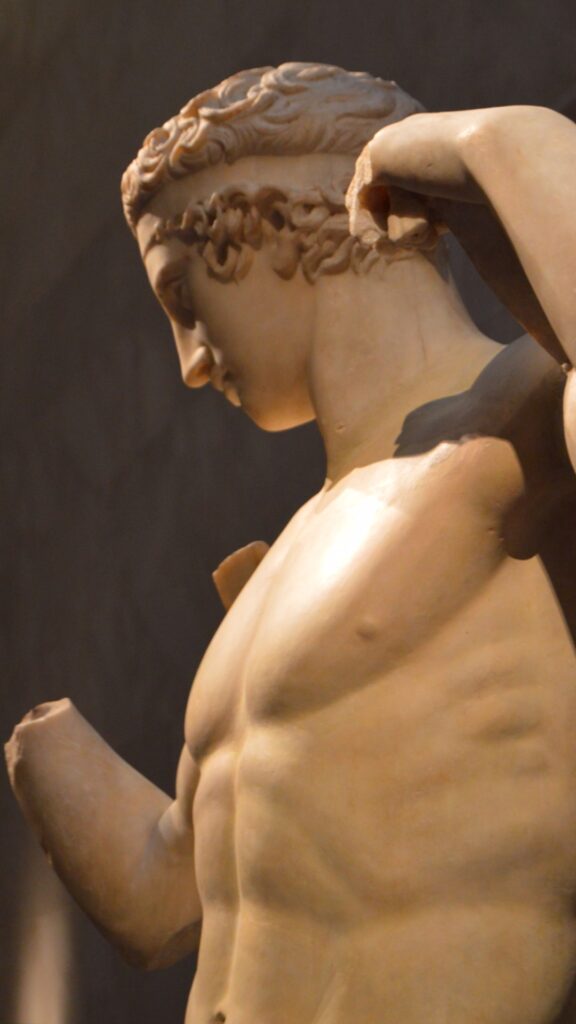 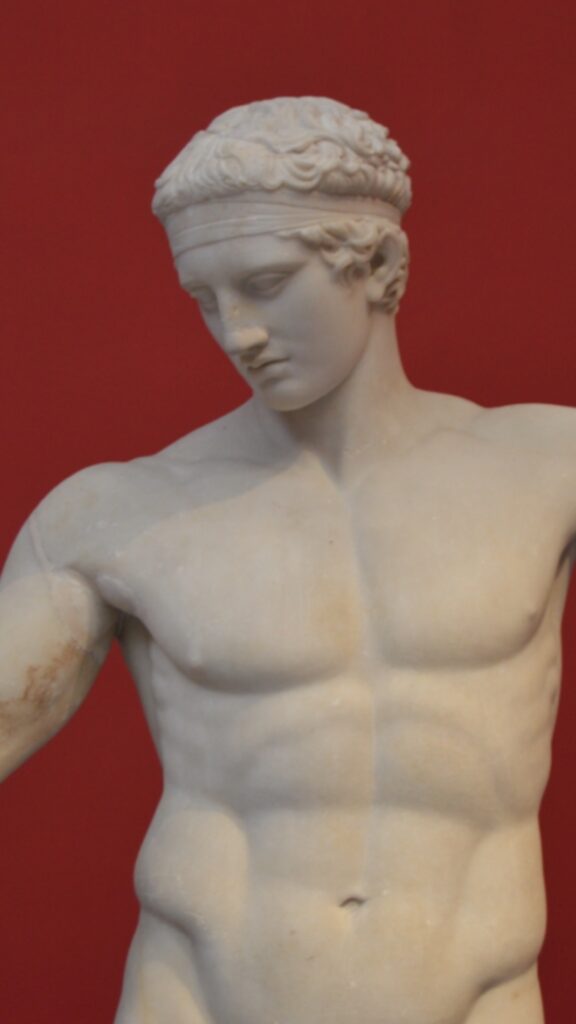 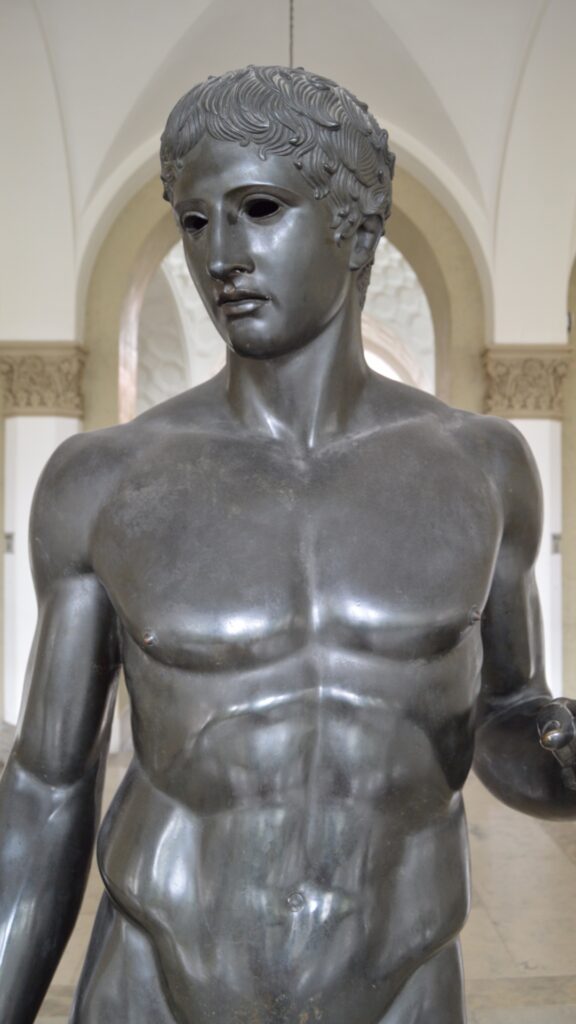 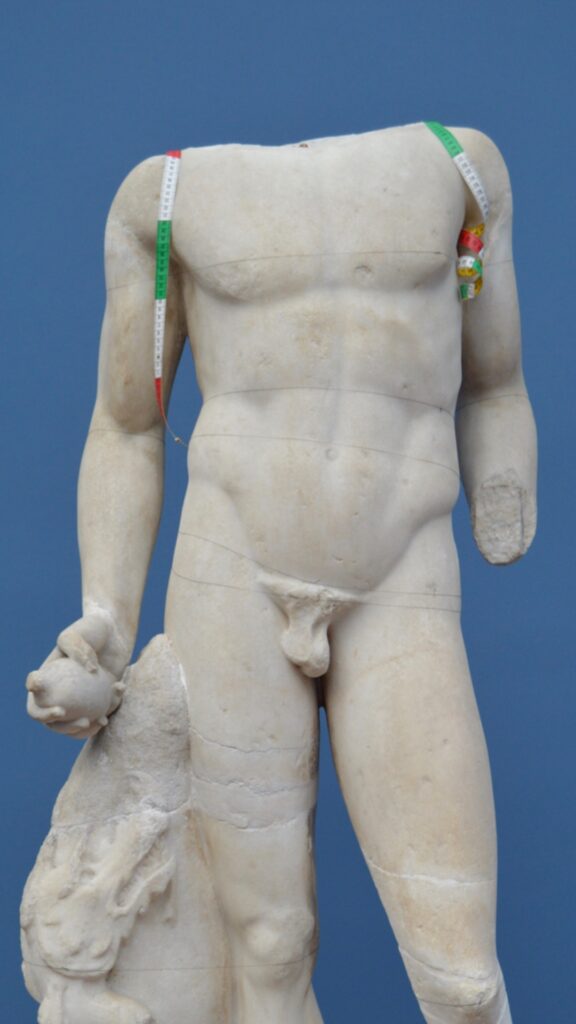 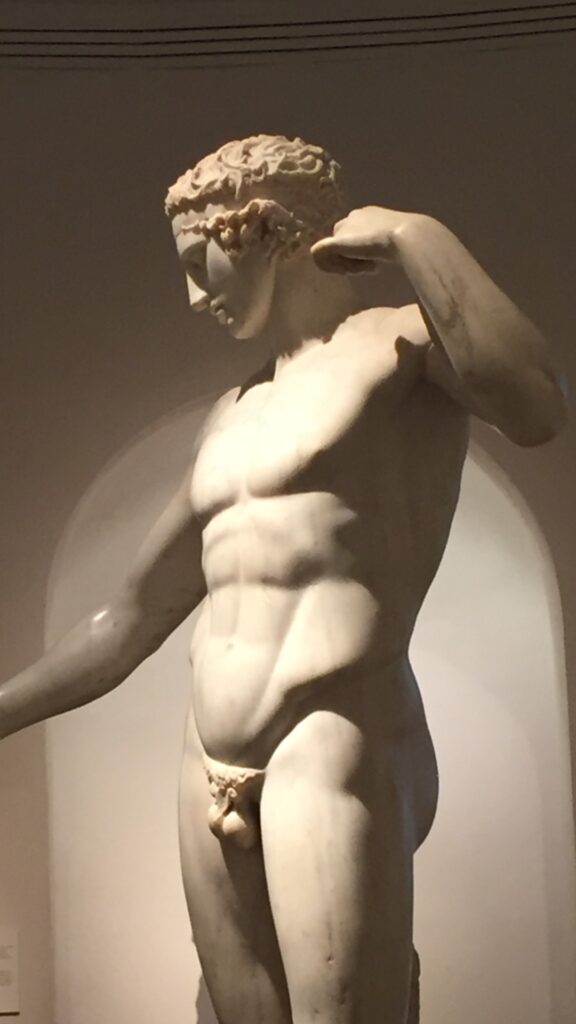 In the 5th century BCE, the Greek sculptor Polykleitos wrote a treaties called ‘The Canon’ which detailed his formulation of the ideal male figure. This took the form of a mathematical equation – a geometric progression – whereby a naturally occurring ratio would be the unit by which the ideal male figure could be generated. From this, Polykleitos produced the revolutionary sculpture – the Doryphoros – as the supposed embodiment of this formula.

Expanding upon the notions set forth by the few scholars who have investigated this topic, I have generated a ‘Hypothetical Figure’ which was generated using Polykleitos’ mathematical formula and Richard Tobin’s theory. This figure is the control in my examination of marble sculptural copies produced after Polykleitos. As none of the original bronze sculptures survive, the sculptural copies located in various museums will provide insight into Polykleitos’ formula and its development over time.

This is the first extensive mathematical investigation into Polykleitos’ Canon and its development over time evident through various sculpture types, namely the Discophoros, Doryphoros and Diadoumenos. Scholarly research on this topic only scrapes the surface and even the institutions housing these sculptures do not have sufficient measurements of the figures. As a result, I have complied an extensive list of all known sculptures after Polykleitos’ Athletes and I have taken new and extensive measurements of several of these sculptures.

I have compiled a list of all sculptures said to have been produced by Polykleitos, as well as a list of all authenticated sculptural copies of Polykleitos’ Discophoros, Doryphoros and Diadoumenos. These were derived from scholarly research and the institutions which house many of the sculptures.

To date I have taken extensive new measurements of the following sculptures:

* On occasion where I was not able to visit a museum and measure the sculptures myself a member of staff conducted my research on my behalf.